Are you insecure about your English or would you like to perfect your command of English? The English language is the world language that you cannot do without in the academic world and in business. Babel offers a wide range of English courses in Utrecht for a variety of target groups; these include courses to prepare for official exams. Practical exercises help you improve your speaking, listening, writing and reading skills. An English course at Babel is a valuable investment in yourself.

Especially for non-English speakers Babel has developed an English placement test with which you can assess your language level. This test has two parts (multiple choice questions and a writing task) which are marked by a language trainer. If in doubt, the trainer will contact you for an interview.

Would you prefer to enrol in an online course to study the English language? That is not a problem at all. Babel offers several online English courses that help you to improve your English via the internet. Following an online course allows you to study at your own pace, at a place where you are most comfortable.

English is the third most spoken native language in the world, after Standard Chinese and Spanish. It is the most widely learned second language and is either the official language or one of the official languages in almost 60 sovereign states. Did you know that there are more people who have learned it as a second language than there are native speakers? English is the most commonly spoken language in the United Kingdom, the United States, Canada, Australia, Ireland and New Zealand, and it is widely spoken in some areas of the Caribbean, Africa and South Asia. It is a co-official language of the United Nations, the European Union and many other world and regional international organisations. It is the most widely spoken Germanic language, accounting for at least 70% of speakers of this Indo-European branch. English has a vast vocabulary, though counting how many words any language has is impossible. English speakers are called “Anglophones”. 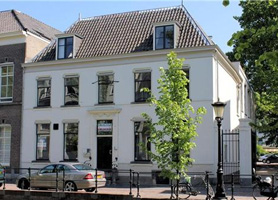